WARNING FROM SYDNEY UNIVERSITY - "Students, kindly note, it is an offence to minimise your carbon footprint!" 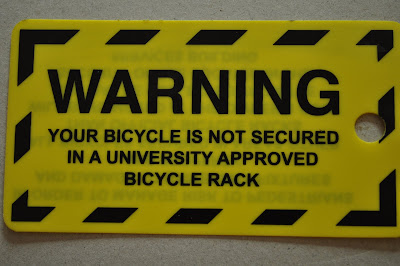 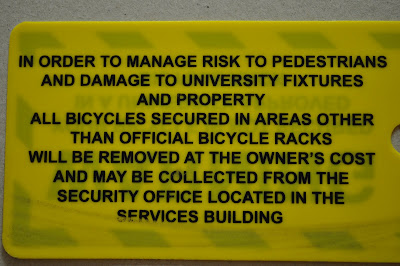 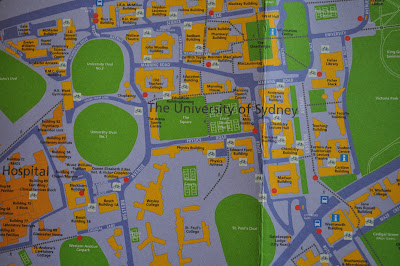 Can this really be true, we all cry?

Sadly yes! A student from the Universtiy of Sydney incurred one of these 'bicycle-bullying' messages on her bicycle last week outside the building she was attending lectures in. The 'particular building' in question had no bicycle specific parks but did have a handy railing. She had already checked the closest 'designated bicycle-park' but it was full as is the general case, given that the University just cannot comprehend or compute how many of their students wish to cycle.

Just fathom the mind-set of a department that is so organised with it's warnings.

This card is made from heavy duty plastic and was attached with heavy duty cable ties also made of plastic. Think of the costs of the publising, printing, marketing & waste disposal! How can such costs be justified? Why is the university employing such a marked 'stick' approach rather than an encouraging 'carrot' one?

Time is of the essence; our young ones appreciate this, and we continue to 'clobber' them as we watch their future perish.

Shame on you, Sydney University!
Share |
Posted by Freedom Cyclist at 3:37 PM