(Getting around Nagano unencumbered by Australian helmet law) 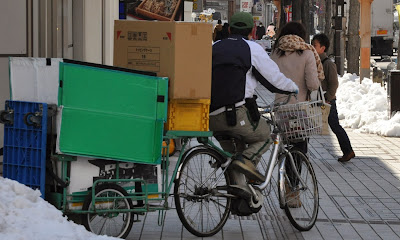 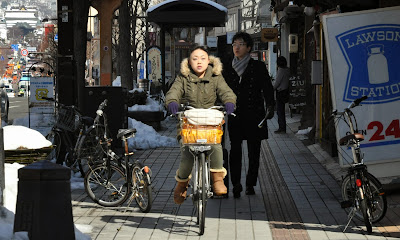 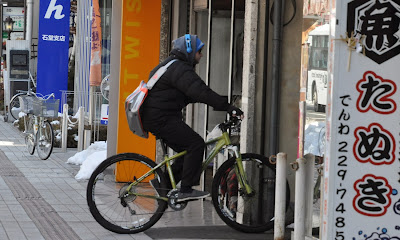 And while I continue to uselessly wish for that, I can't help thinking that professional obedience on the part of Australian doctors, lawyers and politicians has kept millions of Australians captive to a ludicrous piece of hysterical legislation.

What hope is there for cycling change in Australia if we remain wedded to mandatory bicycle helmet laws?

We may be cycling around 'in sunshine ... ooh ooh' but there's no 'don't it feel good' about it whatsoever ...

Ladies and gentlemen of Macquarie Street, it's time - strike out regulation 256 poste haste!

(Getting around Tokyo unencumbered by Australian helmet law) 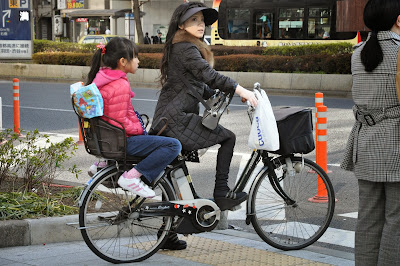 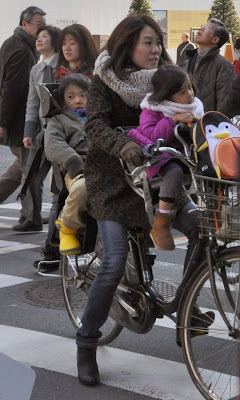 Further to the matter of me not voting at the last General Election for all the reasons I outlaid here, I received a letter this week from the Australian Electoral Commission (AEC) in which it was stated that they (the AEC) considered my reasons to be 'valid and sufficient.'

As a result the AEC proposes 'to take no further action in this matter.'

So if in this instance my reasons for breaking Australian law are considered by a relevant government body to be 'valid and sufficient' why have they not been in 'matters helmet' when to all intents and purposes Australian courts have accepted that my arguments are reasonable and valid and going a long way to explain why I choose to ride a bicycle without wearing a helmet?

If the AEC has the power to judge and decide questions of law occasionally accommodating law-breaking in favour of the law-breaker, why can't Australian courts?

Are the stakes higher?

And/or is it that voting is just an utterly irrelevant, little red-herring game played by the masses to keep us busy and deluded?

(also published on 'Scone Blog')
Share |
Posted by Freedom Cyclist at 10:32 AM 3 comments 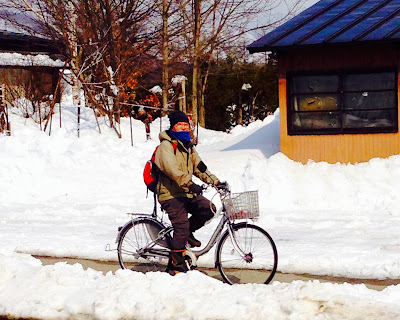 Less than a week to my District Court matter (March 3, Monday ... eek!) and I can't help but ruminate on how Australian bike helmet laws have played absolutely no part in a sensible transport plan.

In fact if you ask me, our bike helmet laws have been no more than a declaration of bicycle bankruptcy whereby apart from helmet manufacturers and standard keepers no-one in our nation gained any benefit whatsoever.

And as far as I can see, all we really achieved by introducing the world's first bicycle helmet law, was a 'systematic gutting' of Australian cycling as we once knew it ...

... today Down Under, women, children, babies pretty much all gone from our roads on their bicycles ...

Oz Federal Election 2013 - my reasons for not voting

(Queen Victoria, outside her building in George Street, Sydney) 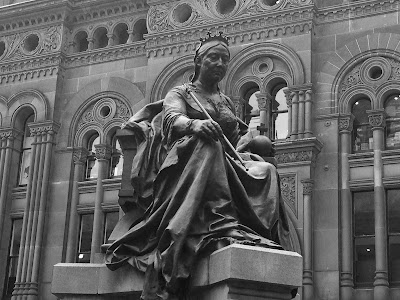 Thank you for the letters dated January 7, 2014 and February 10, 2014. Thank you also for giving me this further opportunity to explain my reasons for not voting in the Federal Election last September 7, 2013.

I do apologise for not supplying you with them sooner. I returned from overseas on January 31, 2014 and have been somewhat overwhelmed with matters that have languished during my 4 ½ month time out of Australia, a time that involved both family and work.

In my earlier fax to you, I outlined my grave concerns over the plight of asylum seekers, the continuation of live animal export, the perennial military aggression overseas at the behest of the United States of America, and the lack of leadership in the ‘greatest moral challenge of our time,’ Climate Change.

It occurred to me last September that neither of the major parties, likely to assume a leadership role in the representative democracy of Australia at that time, would be representing me and I was no longer prepared to observe silently these inhumane practices.

Neither of the two candidates in the electorate of Hunter (Mr Joel FitzGibbon MP or Mr Michael Johnson) offered me any confidence that they could or would address my concerns. In fact whilst in government and with regard to Live Animal Export, Mr FitzGibbon had said to me that it was a profitable industry and would continue. I communicated with him that just because something is profitable does not make it right, and that live animal export ought to be halted immediately and permanently.

With regards to climate change and the coal industry that lays siege to my part of the world, my candidates were as one and as united as you would ever see any members of the same party let alone opposing candidates. With both of them and with coal, it will remain business as usual notwithstanding the evidence of dire consequences locally, nationally and globally.

Observing the recent Australian Labour Party’s support of the Liberal National Party’s outrageous plans for asylum seekers, it is clear neither major part shares my belief in the right for all people to seek asylum when they believe they need asylum. The LNP’s new and savage plan to discourage and put peoples’ lives at risk will not be done in my name.

In my view, those elected politicians democratically representing us in Canberra do not represent me but rather the interests of Big Business whether they be Big Coal, Big Agriculture, Big Border Security you name it...

I refuse to play this game and I refuse to give my consent to the continued diminishing of hard-earned and hard-fought rights that we somehow did muster over the decades in our national community.

$$$ It is cruel to deny asylum to asylum seekers, and it is cruel to deliberately set out to demonise such stricken folk who have no choice but to leave their lands however and whenever any opportunity presents.

$$$ It is cruel to export animals whilst they are still alive and not able to be protected by our reasonably sound animal welfare laws because they are no longer in our jurisdiction.

$$$ It is cruel to ignore our responsibilities to the rest of the world in reducing our carbon consumption. It is cruel not to commit to an immediate programme to ensure that we do shake our coal addiction.

There were no candidates in my electorate who had the mettle to represent me therefore I was in no position to give my consent to any of them standing for election to represent me in the important business of running Australia ... hence, my informed refusal to vote.

Thank you once again for giving me an opportunity to set out my reasons for not voting, and thank you also for considering them.

Reason #279 for not wearing a helmet: ITS TOO DARN HOT 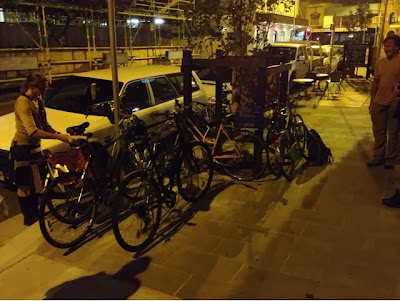 So I'm back, it's hot, we still have bicycle helmet laws and that still sucks.

Furthermore my appeal in the District Court will be heard in less than 3 weeks and then after that, in only a matter of days, I'm to front up again for another 'Defended Hearing'!

And on top of all of that Tony Abbott is still Prime Minister, and over-seeing the most shameful of schemes ...

Massive Australian SIGH from me.
Share |
Posted by Freedom Cyclist at 8:02 PM 9 comments