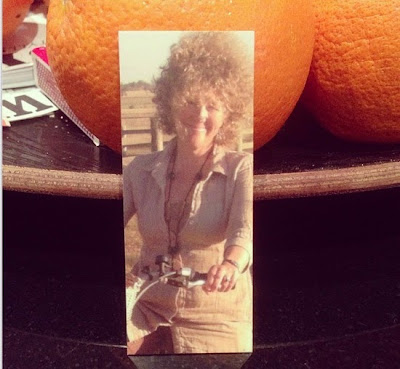 After completing a right hand turn to enter aforementioned bridge, the David-Tenant-looking-one pulled me over.

First up he wanted to know where my helmet was, so I told him I didn't believe in them, slightly qualifying that position by saying it was the law I wasn't partial to.

"Yes," I continued, "I believe they're bad for my health and yours too!"

So taking a big deep breath I explained to him that bicycle helmet legislation had in effect crippled our nation by single-handedly stifling cycling which in turn had been catastrophic for Australia's public health.

Now on a roll I continued that as such I had become a bicycle activist campaigning almost daily on the perils of such ill-considered laws. Simultaneously (and rather sweetly I thought) I absolved him from his Australian police action of apprehending me as I innocently went about my Australian daily life...

"I understand it's your job."

That sort of prodded him to remark that other folk could object to stopping at red lights or not being allowed to text and drive, and in his opinion the law was the law and ought to be upheld. I acknowledged that the veracity of his sentiments would certainly be popular in certain circles but pointed out the crimes he had mentioned were not analogous to the matter at hand because those crimes killed people whilst riding a bicycle without a helmet didn't.

Unsurprisingly he requested to see my ID, and I had to explain that I was in the 'wrong hand-bag today' and didn't have my passport.

"I," I told him, "am a citizen of Australia...but tend to carry my passport around because I'm minus a driver's licence...however I have a Moo Card if you like," which I gave him.

He took it with interest still muttering that laws are laws prompting me to remind him that as a citizen of Australia I had a right to petition for a redress of a grievance and as far as I was concerned bicycle helmet laws fulfilled grievance parameters.

“Does this mean I’m going to have to go to court with you?” he asked.

Oh yes, and then in answer to his further questioning on how I had gone in previous court appearances, I mentioned that I had received fines, court costs, section 10(1)(a)s and even a criminal conviction.

“That’s what everyone told me before...but I’ve got two already.”

By now the whole saga seemed to pique his interest so much so that as he handed me the NSW Police Force Penalty notice, he said that he thought he understood me and was rather looking forward to seeing me in court!

Hmm that’s usually my parting line I thought to myself as I cycled off!

So BN1 headed back to Canada this morning, bought gin for his GF, and promptly had it confiscated as he 'transited' in Auckland.

Now Sydney Airport would have known his intended itinerary because of their obsessive need to see a boarding pass in conjunction with any duty free purchase.

Why didn't they mention the foreseeable confiscation to him?

How can the ACCC be happy with such practice?

Or is the airport absolved from Australian Consumer Law responsiblities as well as ATO ones.

Shame on you, Sydney Airport 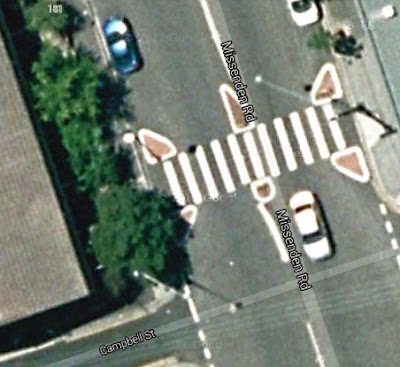 ...in the quest to beat me to that right hand turn, BLI 86X was prepared to, and did, cross the zebra crossing from that wrong side of the road...

...what a frigging loser

Anyhoo armed with number plate details, I dropped into Newtown Police Station but they informed me very sweetly that unless they (the police) witness such an event the event is basically a non-event.

I do, I really do - if you're on a bicycle in Australia, you count for fucking nought.

Side effects of bicycle helmet law are poorly reported 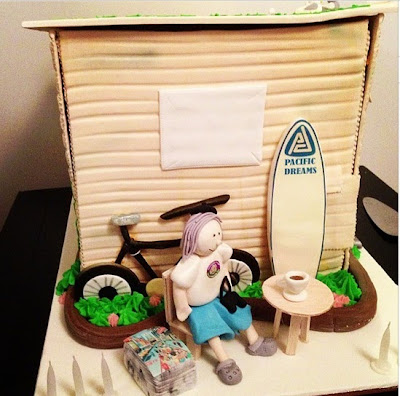 There is more substance in the above birthday cake than there is in bicycle helmet law which instead is comprised of a high proportion of spin and bias, showing no real benefit of improved safety to cyclists.

Preposterously compulsory helmet requirements focus on less important outcomes in order to mask actual road safety statistics so as to make them look better than they are, and over and over again we note bias in the way adverse effects of helmet laws are reported.

You have to wonder whether there isn't some subtle pressure on academics at UNSW to publish studies that will be noticed rather than record the 'here & now' reality of cycling safety in Australia...

So let me state it for you on behalf of 'bottomless-cup' publicly funded academics :

$$$ cycling safety in Australia is a load of old rubbish,

$$$ helmet laws are a load of old rubbish, and

$$$ the ACCC should step in now and declare, 'enough is enough: helmets and their mandatory compulsion are not fit for purpose - we're recalling the regulations effective immediately.'

Thoughts from a bicycle activist

- somewhat weirdly though there's too much blackness in the border at the bottom of the slide show - I think it's something to do with firefox - maybe I missed that lecture?! - maybe you're actually not seeing it!

Anyhoo, it's been hours of life and hours of fun - and...I can only get better
Share |
Posted by Freedom Cyclist at 7:50 PM 0 comments

The silliness of helmet laws 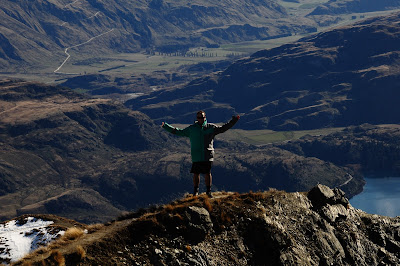 No helmet necessary for ridge-running 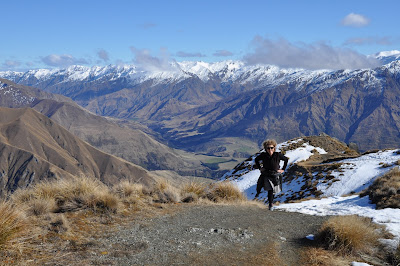 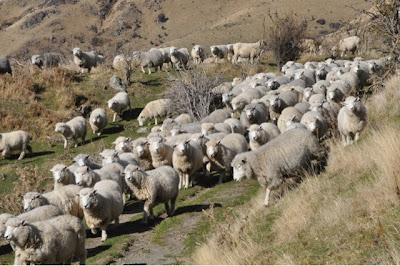 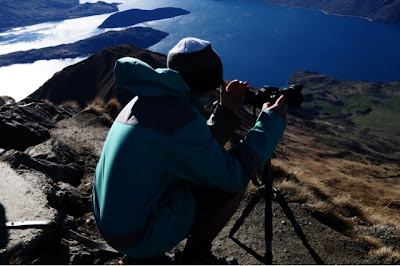 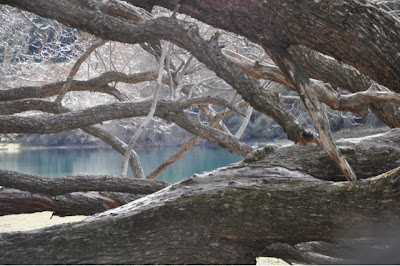 ...or clambering through drift wood 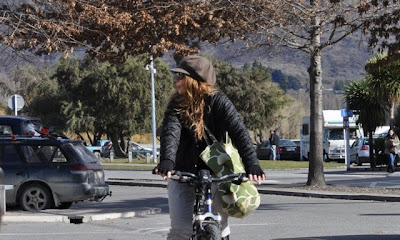 ...mosey on down to local cafe 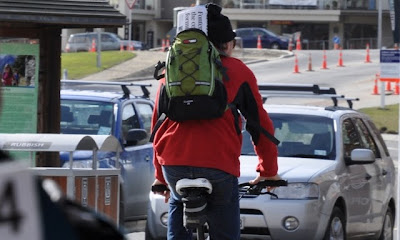 ...to get latest on 'Fonterra' or whatever...sigh

...and you'll find New Zealand is just as stupid as Australia
Share |
Posted by Freedom Cyclist at 9:00 PM 9 comments

One set of stats, 2 different readings 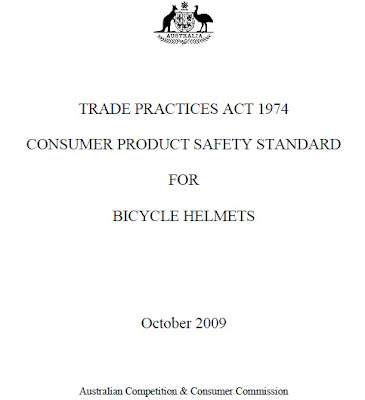 Just for the record again on page 4:

This means according to these excitable statistics that:

Why are the stats never reported this way round? - it's pretty obvious that they're shouting out 'not wearing a helmet' is a much safer option!

So to all Australian politicians, answer me this:

Why do you let us:

$$$ consume alcohol, and even

$$$ not vaccinate our children ...yet insist that we ride bicycles with helmets on?

They're utterly senseless and we want you to:

$$$ tell all helmet-promoters looking to make a quick buck outside the military & oil industries, that the sweaty little helmet laws included in their sweaty little marketing package no longer can apply

Do something we can be proud of just for once...do it soon 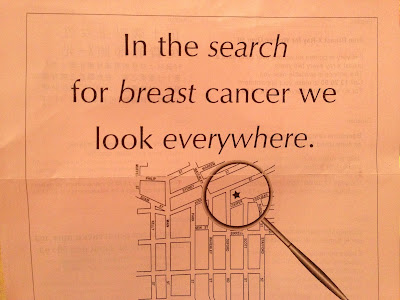 Ever since I have turned 50, I have been bombarded (thanks a lot, NSW Electoral Roll, for allowing access to my data!) with advice to get myself down to your nearest mobile mammogram van for screening purposes - and resolutely I have refused.

Of course as is customary in Australia, my wishes have been completely ignored due to an expectation that I will comply with your jolly summons. However as is customary with me, I invoke my right to express my informed refusal and therefore I continue to decline your services.

I have both ignored you and written to you in an attempt to unsubscribe from your mailing list but to no avail. I am still getting your spam - endless reminders and invitations, even missives of concern inquiring whether I didn't receive your last one or perhaps overlooked your first letter way back in the day when I toasted my arrival into my 6th decade!

Moreover I feel quite reassured that my current position of refusal is informed when I read Dr Peter Gøtzsche's reflections especially where he says, "it is getting more and more difficult to argue that it is reasonable to attend for breast screening."

There we have it - so please please please...desist telling me that it only takes a short time and may save my life, I TRULY DON'T WANT TO BE COMMUNICATED WITH...OR SCREENED.

'The Conversation' dribbles with excitement at thought of MHLs in UK

(Images: Amsterdamize, Flickr "PS 'helmut' is not a typo, but slang for plastic placebo") 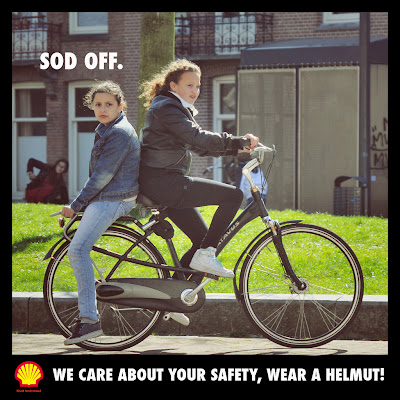 ...seriously, Britain, don't read The Conversation and don't listen to the latest roll-over by the BMA!

Surely the entire membership base of UK doctors hasn't done a complete turn about too on their prior admirable position?!

I feel I should send a word of warning...

Word of warning; remember that we, Australians, have been the guinea-pigs in an in-depth global observational case study and as such no-one in the world can fail but notice what an unmitigated disaster this legislation has been in terms of public health, traffic congestion, the environment, and unnecessary policing.

In all honesty, no community on this planet can afford the huge drain that bicycle helmet laws have on the public purse. We certainly never could and we still cannot.

So, to all UK doctors as you face the siege of helmet promotion, stay strong, be sceptical, say 'NO' to helmet pushers, and a massive 'NO' to the oil lobby, whose interests it's in to see mandatory helmet laws enacted.
Share |
Posted by Freedom Cyclist at 12:54 AM 4 comments