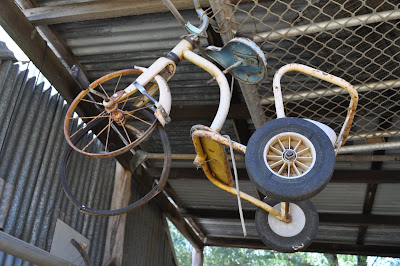 ROAD RULES 2008 - REG 256 Bicycle helmets
(1) The rider of a bicycle must wear an approved bicycle helmet securely fitted and fastened on the rider’s head, unless the rider is exempt from wearing a bicycle helmet under another law of this jurisdiction.

ROAD RULES 2008 - SCHEDULE 99 DICTIONARY (Rule 4) "approved bicycle helmet" means a protective helmet for bicycle riders of a type approved by the Authority.
Note: "Authority" is defined in the Act.
Note: This definition is not uniform with the corresponding definition in the Dictionary of the Australian Road Rules . However, the Australian Road Rules allow another law of this jurisdiction to make provision for who may approve such helmets. Different definitions may apply in other Australian jurisdictions.

...ok, you're losing me somewhat! but first up let's check how 'authority' is defined in the 'Act' which we know is the Road Transport (Safety and Traffic Management) Act 1999 because the our NSW Road Rules told us it was

...so far so good, I think we expected that...but now to the 'not uniform' corresponding definition in the dictionary of the Australian Road Rules

"Authorised person", for a provision of the Australian Road Rules, means a person who is appointed under another law of this jurisdiction to be an authorised person for the Rules or the provision.

......appears to be 'same old!' 'same old!' - yet what a turn-up for the books!!!! - the Australian Road Rules are model rules only and have no legal effect, in fact they were drafted by the National Transport Commission (NTC)and actually only form the basis of road rules in each Australian state and territory - no way!!?!! - and whilst the National Transport Commission has taken great care to ensure the accuracy of their pdf version they're not convinced that they're actually capable of hosting an accurate document so hastily advise readers that the official version of the Australian Road Rules with all amendments is located in the Federal Register of Legislative Instruments (Commonwealth) http://www.frli.gov.au - the only thing is, it isn't - I've searched this riveting site with a fine cyber toothcomb and cannot 'locate' it!!!!

So can I apply for an exemption under the Fair Trading Act given a claim in an RTA memo, received under Freedom of Information, that helmets may create a 'disbenefit' for certain headforms?

(e) represent that goods or services have sponsorship, approval, performance, characteristics, accessories, uses or benefits they do not have

...Dr Livingstone, I believe, time for some exploration!
Share |
Posted by Freedom Cyclist at 1:03 PM