Even in Australia there can be a silver lining 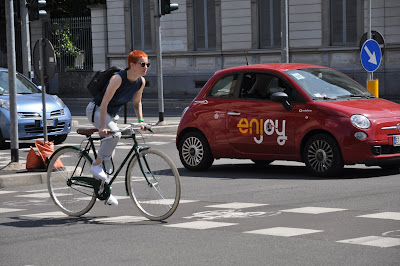 "I get knocked down but I get up again,
They're never going keep me down!"

... because notwithstanding Australia's violent sexist regressive world of using bicycles as a means of transport, a little ray of sunshine has come into my world!!!!

Australia's very own Freestyle Cyclists and Upright Bicycle Riders of Australia were so outraged at South Australian legislative & judicial treatment meted out to me (and essentially all non-sporty cyclists) that they determined amongst themselves they would come to my (our) aid.

So they set up a crowd-funding platform ... the Aussie Bicycle Fighting Fund ... to raise monies to pay my South Australian court costs (including that ridiculous Victims' Compensation Levy) handed to me via videolink in the Broken Hill court back in December.

Do you know how this makes me feel?

Let me tell you!

My fighting batteries have been recharged, and I'm ready to unfurl the non-sporty cycling standard again to continue our march to 'freedom-on-how-we-choose-to-ride-our-bicycles' whether with helmets today or without them tomorrow or perhaps never donning them at all.

This supreme act of generosity goes beyond the actual $$$ value.

This supreme act of generosity represents solidarity and support along with a heartfelt reminder to me from all those amazing Freestyle Cylclists and Upright Bicycle Riders of Australia that:

And as that virtual love reaches out to me I feel enveloped by a strong sense of a bear-hug and a large dollop of courage ... and I am so humbled and completely brimming over with gratitude!

And again I just can't say this enough, from the bottom of my heart to all the Upright Bicycle Riders of Australia and Freestyle Cyclists and all the many donors:

And you know what else; so much money has been donated into that fund there's now technically a 'fighting-kitty' to support others like me who come by way of Australia's hatred of cycling!

... and just out of interest why weren't those two groups asked to be at #DeityDunc's recent round-table discussions on matter-cycling instead of the blokey sporty cowardly types from the Victoria's Bicycle Network (national 'try-hards'), Bicycle NSW (gutless wonders) and the Amy Gillet Foundation (whose chairman has blocked me on twitter - very grown-up)? 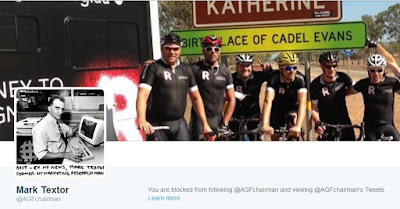 Yes, why weren't the Uprgight Bicycle Riders of Australia and Freestyle Cyclists included in #DeityDunc's chat on sharing the roads and vulnerable road users ... after all they are Australia's true cycling advocates.

But we all know why don't we - for that very reason, they are our true cycling advocates!!! 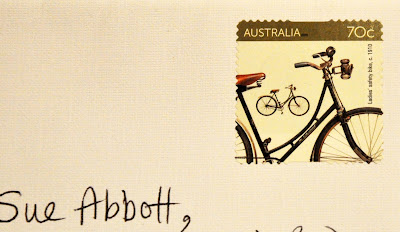 I write in relation to your latest cycling and road missives. Clearly your government believes upon the necessity of putting a stop to cycling outrages, and clearly none of you know how to do so.

There are two, and only two, ways in which this can be done. Both will be effectual:

(with heartfelt apologies to Bertha Brewster, suffragette, for my appropriation of her fine letter to the UK government in 1913)