Guilty or not guilty - check back here in 2 months 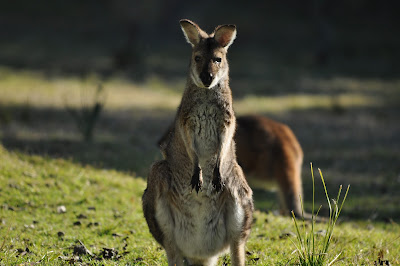 Some Australians are just plain beautiful ...

... but those who write ignorant rules & regulations are not.

And as a result of the latter's reckless behaviour I found myself back in a South Australian court this week to defend that very uniquely (well almost) Australian crime of riding a bicycle without a helmet.

With the usual initial palaver of:

'Are you sure you want to plead not guilty?'

'Really ... you're going to represent yourself?'

'Might be a good idea to speak to the duty solicitor & get some proper advice,'

... I eventually got on with presenting my submissions and leading evidence-in-chief (from me, myself & I) in a bid to persuade the court to find me not guilty on grounds of self-defence or, in the alternative, on grounds of the invalidity of regulation 256.

The three police officers who had booked me all those months ago (May 2014) were there outside the court scrubbed and unarmed, waiting to be called upon to read their statements if required to do so.

But seriously though what would have been the point? Apart from a mini-error in one them, all three of their statements basically said:

BREAKING NEWS - SHOCK HORROR - THE SKY IS FALLING IN

So following the magistrate's suggestion, the police prosecutor and I got together for the usual argyg bargy of horse ... I mean fact-trading, and agreed to a few word redactions so the police statements could be submitted as evidence without requiring the police to take the stand ...

Although I can't help but think why is there always an emphasis on me, the defendant, to be reasonable and not waste important people's (aka police) time?

I mean, I do actually get that and I appreciate that having three South Australian Police (SAPOL) officers twiddling their thumbs in court for a whole morning is a pretty dumb way for a state and its voting publice to use valuable law-enforcement resources ... but why's that my responsibility?

But remembering some wise words uttered by some wise law lecturer back in the day ... 'pick a better battle'... I did, 'woman-ed up' and got on with explaining how the prosecution had to negative the elements of my self-defence case (reasonable belief, proportionate response and immediacy of danger), that the current bicycle helmet law is not backed up by evidence, and that the only 'evidence' (hahaha) bandied around to support the maintenance of mandatory helmet compulsion is that put out by the University of New South Wales, strongly disputed by other academics both nationally and internationally and should never have been enacted into law, and why I believed that my matter was a strict liability one rather than an absolute liability one (although I'm firmly of the opinion that even an absolute liability matter ought to have 'wriggle-room' for self-defence and/or necessity) ... 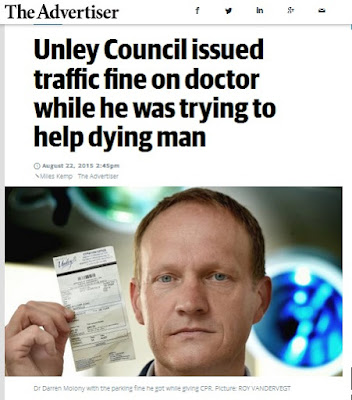 I went over all the diffuse axonal injury, climate change, and our carbon footprint stuff and that we're living in a country with a Prime Minister who believes that coal is good for humanity, and that Tuvalu is sinking, and that as an older woman I'm oppressed by this law of oppression and privilege, and that cycling has been marginalised by the sport of cycling, and that instead of telling me off all the time, the community should be saying to me:

"Well done you - you're setting a marvellous example,"

... and that in The Netherlands my behaviour would be considered absolutely normal, and that anyway there were no powers in the Road Traffic Act right now to permit regulation 256.

And I 'plaintively' asked what was the point of prosecuting someone like me who, until Australian police spotted my conscientious-objection behaviour to this 'no-evidence-based-law,' had never really featured on their 'radar' before.

It's all so incredibly exhausting, and so self-defeating for me and our nation ... and in my opinion helmet law has exponentially nutured a hatred for cyclists whether we're helmeted or not ... I mean just check out 'Duncan' if you want any further illustration for that 'out-there' premise.

So what you may ask was the outcome of my trial in Adelaide?

Well, the magistrate decided to reserve her judgment for two months ... until Monday 26th October!

Meanwhile I have another date now for the other 'August trial date' that I had to 'vacate' because of BN2's admission as a lawyer to the Supreme Court to New South Wales!!!! 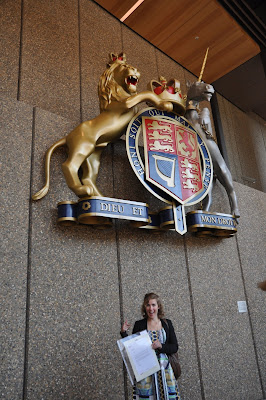 ... effectively 'bookending' an engagement party in Sydney for that beautiful child of ours above.

Ahhhh - such is life in Australia.
Share |
Posted by Freedom Cyclist at 3:20 PM 2 comments

Adelaide not Milano - such a trial 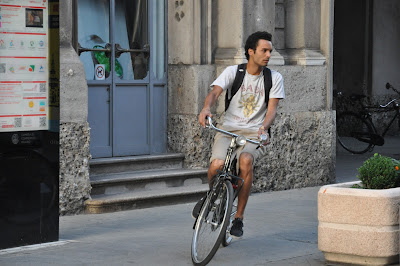 Unlike all these photos taken in Milan, I'm in Adelaide ... 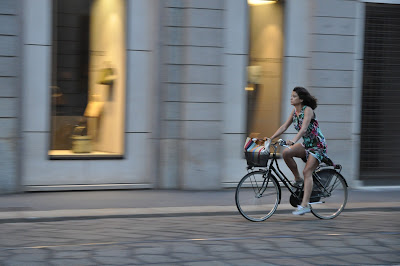 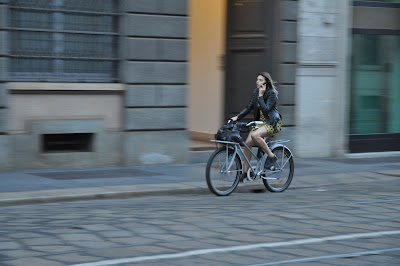 ... a trial for the wicked crime of riding a bicycle without a helmet 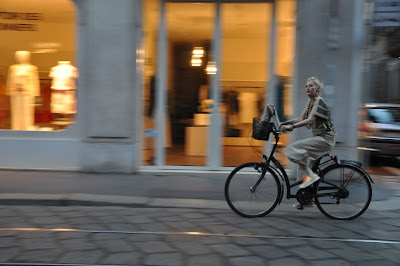 ... because you see riding a bicycle without a helmet is forbidden in Australia 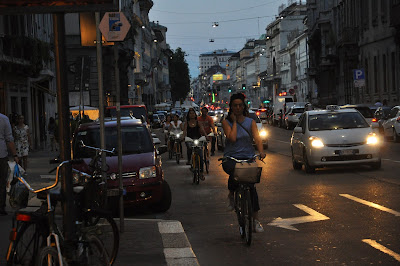 BAHAHAHAHA ... oh ever the eternal optimist ... wish me luck, guys!

Sigh
Share |
Posted by Freedom Cyclist at 12:35 AM 3 comments

To the Minister for NSW Automobile Dependency

Until you start talking about people and not motorists, cyclists or pedestrians, Sydney will continue to be held back.

Until you focus on just people, congestion will continue to clog up our streets.

Until you embrace the concept that building roads is 'old school,' we are doomed to choke on bitumen and drown.

Roads are not the future, and you are being recklessly wilful pretending that they are.

Why do you remain so committed to your roads infrastructure plans?

Why do you make it so difficult for voters to walk around this city?

Why do you make it so difficult for voters to cycle around this city?

Why do you make it so difficult for voters to take public transport around this city?

What's in it for you that we don't know about?

Other transport and road 'leaders' from other global cities seem to want to make their cities liveable - you seem to want the reverse - and it's working for you, Duncan ... Sydney is in reverse.

But transport and road leaders like you are supposed to be making it easier for people like me to live sustainably - and if you don't, Duncan, leaders like you will eventually be discarded.

Your current 'business-as-usual' approach to roads and transport is catastrophic, and a deadly battle for territory which in addition to being crazy and bad for the city's economics, is unconscionable in its contination of subsidies to oil-fuelled transport.

The Sydney you are envisaging is not the Sydney we want.

The Sydney you are envisaging is not a city about life.

So know this ... if your roads go ahead ... one day we will bury them - there is precedent.

... whilst our future lives are in your hands, your place in history is in ours.