In a parallel to Monty Python's Black Knight, the Sport of cycling have been shorn of their arms and legs in the thick of battle with Lance Armstrong, and all they can do is to threaten to bite off his kneecaps.

Inexplicably notwithstanding the lack of any physical evidence whatsoever they have remained hell bent on their witch-hunt and now they're bereft as their target announces his decision to bow out and get on with his very busy life as a family man and a community man.

Well may they leap around and splutter 'tis but a scratch' or 'just a flesh-wound' but in reality what have they done to competitive cycling?

How do they come back from this with any dignity or semblance of reputation? It'll take a miracle to save the Sport of Cycling now from this final ignominious fall into the gutter.

Seriously, there have only been 2 reasons for watching the Tour for many years:

But I digress, back to the issue at hand, what is the Sport of Cycling going to do now?... 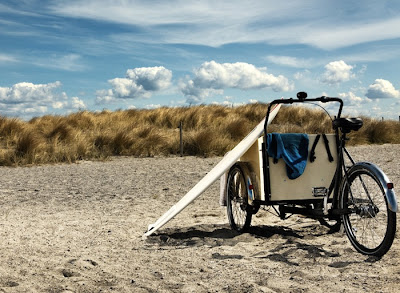 What a saga it is getting to the airport if you're not on a bicycle!!!!

How can there be a $16 discrepancy for the very same journey just in reverse?

- I need my own Christiania - then I'd be able to cart family & luggage to the airport willy nilly without arbitrary taxi fares or alternatively prohibitive train fares...

...hmmmn what to choose 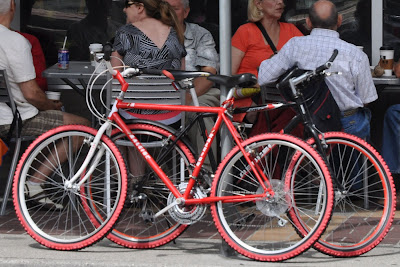 Having technically missed August, 'here we are in sunset and Camden' only to be greeted by a pile of political correspondence (and notification of date with Sheriff sometime soon!!!)

The basic gist of the 'pollie pile' is:

"There is a limit to how many times we can write definitive responses to you" (sigh they're our public servants and as such must keep us informed whenever we need answers - why don't they get this?)

"If you require any further information, please call anybody else's office but ours" (...& then they'll put me through to you)

"The Attorney General is unable to be of further assistance" (he was at some stage? - I missed it!)

All in all, the ususal predictable policy-making crap ignoring scientific evidence in favour of political expediency and stagnation.

Surely after 20 years of mandatory helmet laws, the shallowness in bicycle helmet safety claims is not only patently obvious but also patently in need of re-calibrating?

Surely after 20 years, we can finally agree that bicycle helmet laws have been a 20 year national cock-up, notwithstanding helmet promoters bleats to the contrary.

Yet rather than act on information as it comes to light from quarters other than those who have the 'government ear', the NSW government is determined to continue with bicycle helmet law allowing political expediency to triumph over judgment and common sense. Their fatuous devotion to the commercial end of town has simply revealed a weakness for schemes whose chief attraction is saving money, simultaneously culturing the conditions of stagnation.

Sadly no NSW transport development of the past 20 years has bestowed any benefits comparable to those delivered by trams and omnibuses 100 years ago - and worse still it is becoming more and more apparent that we are in the midst of a great stagnation, a great congestion, a great obfuscation...that can only deliver zero benefits...

Taking one for the team! 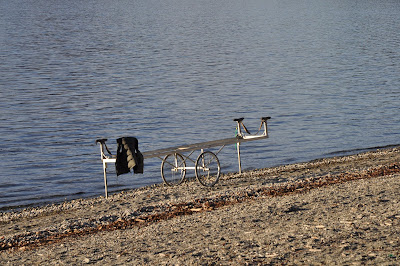 WTF...has feminism been so fatally broadsided that we find this stuff palatable? *sigh*

I despair
Share |
Posted by Freedom Cyclist at 12:45 AM 0 comments