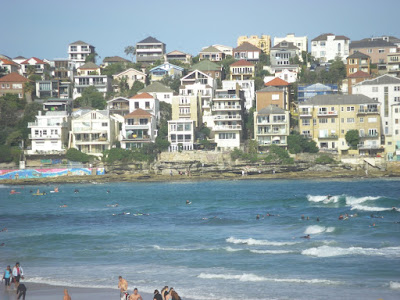 WHAT I MIGHT NEED (apart from a surf running on Bondi Beach):

FAIR TRADING ACT 1987 - SECT 44 False representations
(Trade Practices Act 1974 s 53)
The Roads & Traffic Authority (RTA) shall not in connection with the promotion by any means of the supply or use of bicycle helmets:

Pursuant to section 72 of the ROAD TRANSPORT (SAFETY AND TRAFFIC MANAGEMENT) ACT 1999 (NSW) and under the Road Rules 2008 regulation 256, I seek an exemption from wearing a bicycle helmet on (1) Therapeutic Grounds and (2) Grounds of Civil Liberties.

(1) Therapeutic Grounds
In Transportation Accident Analysis and Prevention, ed. A. De Smet, Nova Science Publishers 2008, p. 155, W.J. Curnow claims, in his peer reviewed article "Bicycle Helmets: a Scientific Evaluation", that wearing a bicycle helmet can increase the angular acceleration which an oblique impulse imparts to the head, increasing the risk of damage to the brain, especially diffuse axonal injury'.

This position is somewhat confirmed by a Roads & Traffic Authority (RTA) memo, obtained through Freedom Of Information...

...where it is admitted on page 2, line 6 that ‘there is the possibility that some helmets, in combination with particular size headforms, may have a small disbenefit with regards to rotational acceleration.’

Given such department ambiguity in parallel with conflicting internationally peer-reviewed evidence, it would appear that helmets are still very much an ongoing experiment, and in view of section 44 of the Fair Trading Act 1987 (NSW), the RTA shall not, in connection with the promotion by any means of the supply or use of bicycle helmets, represent that bicycle helmets have performance characteristics, uses or benefits they do not have.

(2) Grounds of Civil Liberties
I understand that the Australian Government takes seriously its international obligations and responsibilities. Accordingly, I understand that the Australian Government retreats from any potential breach of international law. Under PART III, Article 7 of the International Covenant of Civil and Political Rights, (ICCPR), states that: "...no one shall be subjected without his free consent to medical or scientific experimentation."

In view of Article 7 of the ICCPR, I do not wish to be part of the bicycle helmet 'medical or scientific experiment'. Therefore I respectfully request that you please respect my right to ride my bicycle without a helmet – a right which I exercise with my free refusal, the counter to free consent.

I genuinely and honestly believe that in the face of this evidence, it would be irrational for me to wear a bicycle helmet, and that my grounds for exemption are reasonable, proportionate and justified.