(Images: 'Dinky-di' advocacy groups for people who use bicycles) 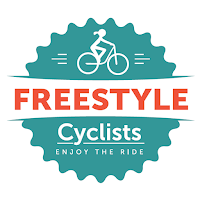 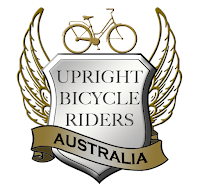 ... drafted and despatched this arvo for any interested media outlets which might like to check out other angles other than the male and spandex ones they usually cover when dealing with 'matters-bicycle'

Two years on from Velo-City Global 2014 in Adelaide (a first for Australia though many still wonder what the European Cyclists Federation were 'sniffing' when they gave the go-ahead for this gig Down Under), the helmet infringement which Sue Abbott received whilst attending that bicycle conference has at last been finalised.

To quickly give you the 'heads-up' on the Velo-City conference series, it is the premier international urban planning cycling convention in the world and it moves to a different city and country every year for each event. Leading global experts in active mobility, sustainable transport, city planning, bicycle industry and advocacy meet en masse and exchange a wide depth of knowledge, experiences and vision, and for 2016 it will be kicking off later this month in Taipei.

But back to Adelaide, Australia 2014… and that helmet infringement.

After several court appearances in Adelaide finally culminating in a sentencing process via video-link in a Broken Hill court, Ms Abbott received a criminal conviction along with court costs and victims’ compensation levies amounting to $560 in total. This outcome was another blow for Ms Abbott and her seven year campaign, in which she has been challenging the unnecessary helmet law requirement in Australia when riding a bicycle.

But unbeknown to her, help was at hand.

Appreciating that the treatment meted out to Ms Abbott could be enough for many Australians to throw their bikes off the nearest jetty and never ride again, Upright Bicycle Riders of Australia and Freestyle Cyclists set up a crowd-funding platform, the ‘Aussie Bicycle Fighting Fund’ to raise monies to pay the South Australian court costs. Within 24 hours the amount was raised and donated, and an absolutely delighted Ms Abbott remains far from finished riding her bicycle.

So whilst the much anticipated experiences of more than 40 world leading cycling countries at Velo-City Global Adelaide 2014 amounted to nothing from an Australian political perspective, from a grass-roots one it appears that community leadership has taken hold of Australia’s ‘transport’ reins, and that the bicycle is back and here to stay.

'Thanks, Adelaide, turns out your 2014 cycling-celebration was worth it after all'