Whiff of hope - am I delerious or something? 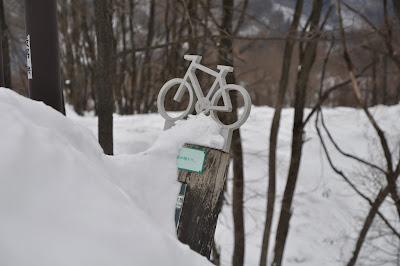 In relation to riding a bicycle in Australia for me personally things have been a touch wintery over the last 6 months.

Literally hounded by the police every time I get on my bicycle, I have parked my beautiful set of wheels in a shed at home, and now I drive into town interspersing that with occasional walking if it's not over 35 degrees celsius which it hardly ever isn't!!

It could be the usual butterflies I experience before pending court cases (Newcastle District Court next week!) but something else is making me feel jumpily hopeful.

There's a new type of doctor, a new type of journalist, and they're not so wedded to their own experience of using a bicycle. In fact they are listening to other people's stories about using bicycles, other people's narratives, hearing about the drop in cycling rates and appalling conditions, and if our politicians would only do the same things could only improve in the transport equation of sharing Australian roads.

But back to me and next week's court matter!

I shall be re-visiting section 41 BD of the Therapeutic Goods Act and how in my opinion bicycle helmets can be defined as medical devices. Consequently misguided politicians can not force me to plonk some ridiculous plastic hat on top of my head in an erroneous gesture of protection.

I am not confident but 'c'est la vie, on verra.'

Of course next week's matter is not the end of it ... I have two more matters for the Scone Local Court to be heard at some stage but they've been temporarily popped onto the backburner as the police had prior engagements - we're looking at April some time after Easter.

Looking ahead, for those matters I am thinking of acquiring a 'medical exemption' so I've been looking through the 'catalogue'!

I am dithering between either the 'skin cancer' option or the 'latex allergy' option - (surely that nasty mix of plastic, polystyrene and chemicals contains something I'm allergic to in it?!).

But could there even be a 'beyond plastic' option?

Could we object to the mandated pollution-consumerism we're obliged to sign up to if we wish to use bicycles for transport?

Could we object to the mandated purchasing of unrecyclable plastic objects which we know will end up in landfill every 2-5 years? ... War on Waste and all that?!


I think we possibly can ... self-defence, necessity, anyone?

But back to next week, must remember to stay in the framework of my argument from the court of first instance ... so Therapeutic Goods Act it is juxtaposed with the Therapeutic Goods (Excluded Goods) Order No. 1 of 2011.

Notwithstanding next week though, I will definitely be revisiting the exemption catalogue again once next week is out of the way!!!