Australia is getting its bicycle mojo back

The inspiring protest ride in Melbourne last weekend has made me determined to get back on my bicycle again in the Upper Hunter.

Frankly, it makes no sense for me (or the planet for that matter) to stay off it for the next four years.

I've thought long and hard about the 'role model'/'law breaker' dichotomy and I have come to the conclusion that as a participant in a democracy I have a responsibility to challenge bad laws, and given the glacial response from most legislative councils/assemblies/senates/HouseOfRepresentatives regarding statutory amendments and/or changes, another avenue to effect legislative change is through peaceful protest and non-violent direct action.

From Green Park Cafe to Abbottsford, 100 protestors took to the streets and cycleways to make the point that:


... Australia's mandatory bicycle helmet law is a bad law and needs removing pronto.
The protestors chose for themselves whether to don helmets or not, and safely made it to their designated destination for lunch and a chance to explain to Channel Nine why any barriers to cycling were a bad idea and why the rest of the world thinks we're nuts.
Notwithstanding having been fully informed of the protestors intentions, the police were not evident at any part of the protest ride. Protestors and organisers found this lack of police interest most heartening, although one unfortunate protestor did score a penalty infringement notice prior to the protest ride.

Protestors came from far and wide including one from the Gold Coast and one (yours truly) from the Hunter Valley.

And so it was that a peaceful protest on an idyllic autumn day in an idyllic Australian city showcased how marvellous cycling could be in this confused nation of ours if we only got rid of mandatory helmet laws.

It's time, Australian politicians, it's time ...

Yes we have Coles in Scone but no REDcycle

Our plastic situation has really got to me, and whilst Scone Coles is taking back my weekly collection of their scrunchable plastics this service isn't officially rolled out yet and I'm aware not everyone is prepared to be potentially rejected should that happen ... not that it would because staff are lovely at our Coles.
Anyhoo the tweets below show my conversation to date with Coles' Social Media peeps somewhere in the cyber ether. Certainly promising but not concrete yet. 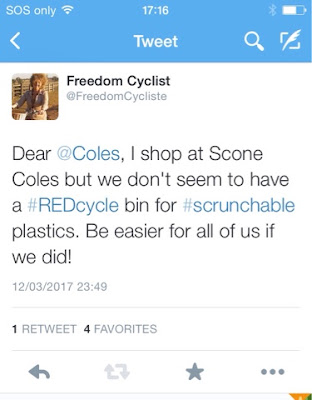 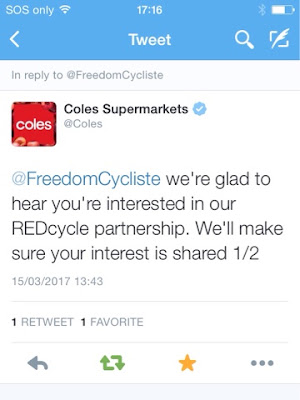 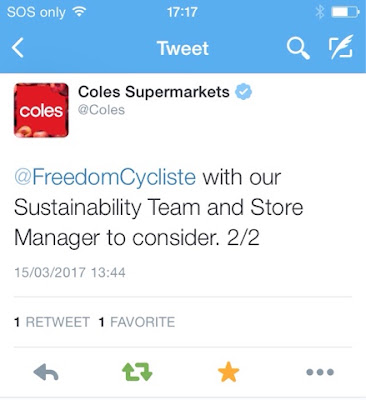 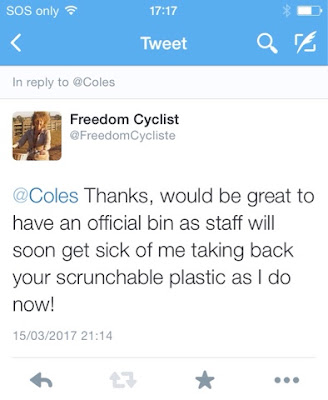 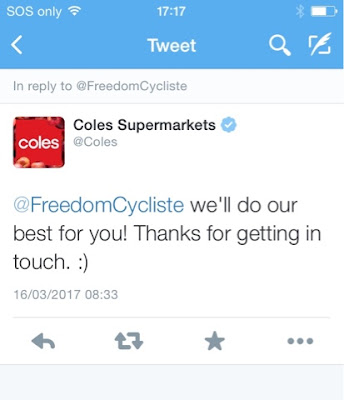 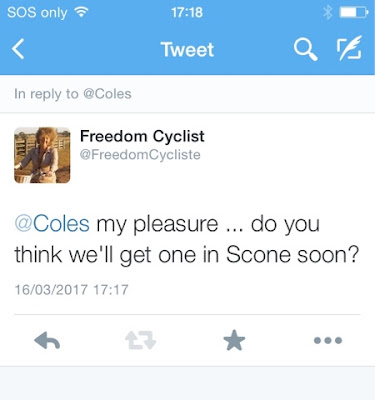 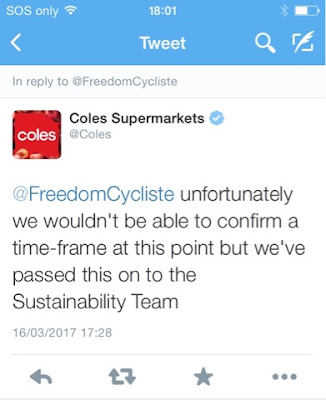 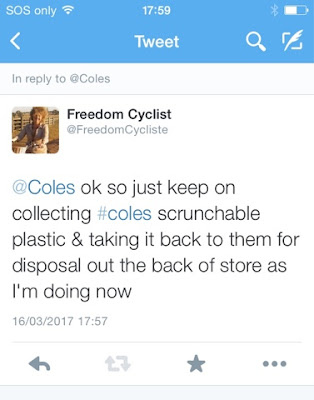 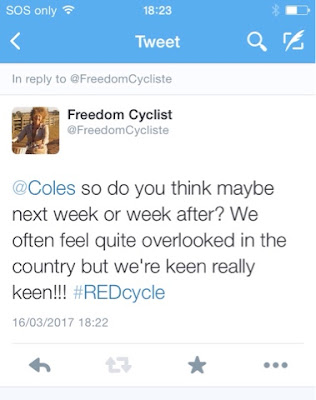 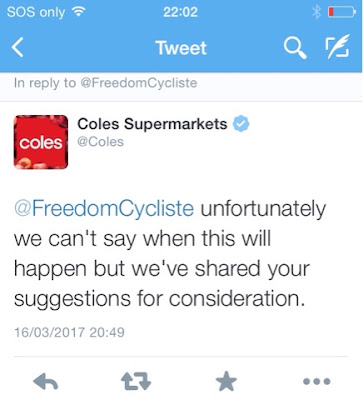 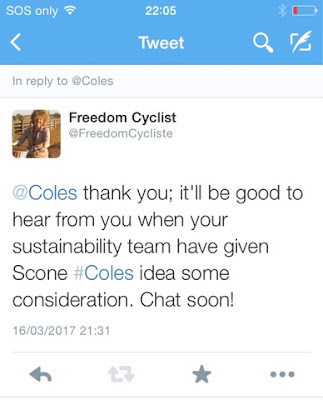 We need this REDcycle bin and I won't let up till we have it!

Filenote:
- Had standard conference with Magistrate & Police Prosecutor in Adelaide Magistrates Court this morning via telephone (✔)

Note to self:
- Book flights