Q&A with the World & Australia 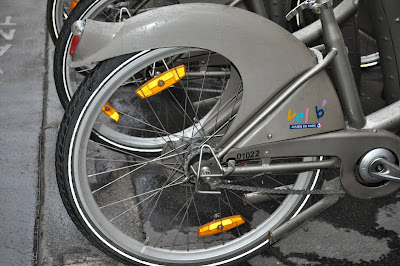 Unfortunately for Australia, the success of Velibe in Paris is not going to be aped by Bixi in Melbourne nor City-cycle in Brisbane until we repeal our Mandatory Helmet Laws.

Stubbornly we cling to anecdotal notions that helmets save lives, protect cyclists, and essentially are the first and last word in cycling safety. However abundant evidence points to the contrary, and our human frailites refuse to acknowledge our mistake.

For twenty years we have known this 'mistake', but as with our reticence to absorb the evidence against smoking, front & side sleeping positions for babies, and the perils of vioxx (just to mention a few) we don't want to face the 'public health music' yet!

It is clear to the world that Australian mandatory helmet laws are...

It is clear to the world that the priorities of MHLs do not consider wider public policy issues, particularly those pertaining to:

* obesity, the killer of Australians

The questions the world asks Austalia today are:

* Why is 'bicycle helmet wearing' a criminal issue?

How do we answer the world?
Share |
Posted by Freedom Cyclist at 7:09 PM