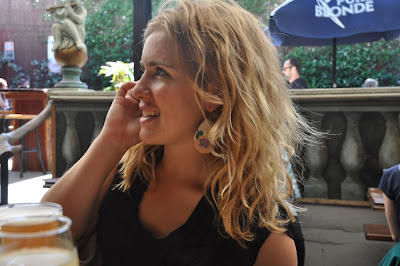 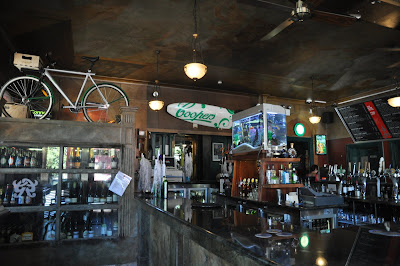 ...And so it was that yesterday it was Baby No.2's turn at the Downing Centre to give evidence as to why she should be found innocent of her conscientious objection to mandatory bicycle helmet laws.

Initially she played 'musical magistrates' and moved from one court to another, but eventually she arrived in a court where the magistrate was prepared to hear her evidence.

Prima facie, not all of her evidence or her experts' evidence was accepted. In fact the general court sentiment was that the evidence pertaining to risk compensation and serious brain injury was equivocal; and that the existence of climate change was still in scientific dispute, and/or was common knowledge (therefore didn't require an expert to comment upon it), and/or was certainly not imminent.

Notwithstanding the long day with many external interruptions dotted with the usual comings & goings of busy-court life, BN2 was formidable and I could barely contain my admiration. The prosecution was pretty formidable too and played a great match, nippy in the corners with some great long passes landing neatly in goal - full marks.

...and whilst the prosecution seemed to be angling for more penalties against BN2 when it was clear that necessity had not been made out in terms of climate change and /or immediacy, it was with relief as the final whistle went that the 'referee' deemed she was only to receive a section 10(1)(a) dismissal.

The magistrate looked at me and asked BN2, 'is this mum?'

'You must be very proud!'

'Yes,' I whispered in an almost inaudible gasp of bursting maternal pride!

...and he proceeded to declare to the court at large how admirable it was to see someone so young arrive in court with such principled convictions but that the aim must always be to leave without one.

He praised her for her courage, and her eloquent well conducted argument; expressed admiration for her deep commitment to the environment; & predicted that she would be an asset to the legal community upon the completion of her degree.

Never has a mother been so proud!
Share |
Posted by Freedom Cyclist at 3:48 PM