Velo City15: We need to talk about Sydney 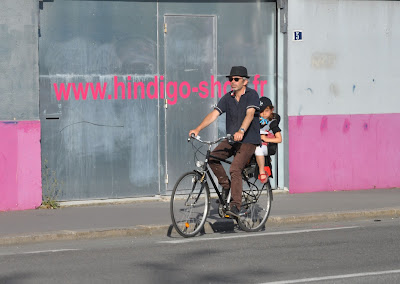 We need to talk about Sydney ...

... and we need to talk about Duncan.

Here at this international Velo City15 bicycle conference where cycling best practice is clearly on display, all I can think about is the travesty that's about to happen in Sydney: the ripping up of the College Street Cycleway.

Absolutely none of that is up for discussion because outside Australia that information is instinctive.

No-one doubts that hurdles will be thrown in the way of cycling advocacy by petrol heads, and many people acknowledge that petrol heads are already embedded in the cycling community as disruptive agents de provocateurs (we're onto you, bicycle helmet promoters!!!).

Yet it seems to me that apart from Australia, the rest of the world knows that bicycles can not only complement existing transport but improve it as well.

Here at Velo City15 everyone acknowledges that improving and 'growing' cycling is a global project and that tout le monde is required to be involved.

Oh, Australia, what is wrong with us? 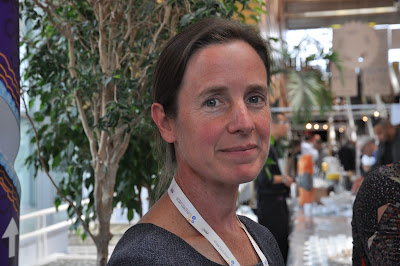 When asked in Nantes about the Road Minister's brutal plan for College Street, Fiona Campbell, Manager of Transport Strategy, City of Sydney, and instrumental in the planning and implementation of the City of Sydney's cycleways and initiatives said:

"All we can do is to redouble our efforts through every avenue not blocked already, and thinking about the Copenhagen Master Class I attended last week, we need to look at soft measures that may influence parents who can be useful as the drivers of change - it is the parents who want this infrastructure so we need to broaden our influence.

"I hope we do not get to the ripping up stage but there is not a lot we can do even though the NSW government is in breach on their contract now that they are not going ahead with the part time cycleway in Castlereagh Street which was the sweetener for removing College Street.

"It is frustrating when you think that the NSW government's own figures show that more cyclists use the College Street cycle lane than motorists in a single College Street lane for motor-vehicles." 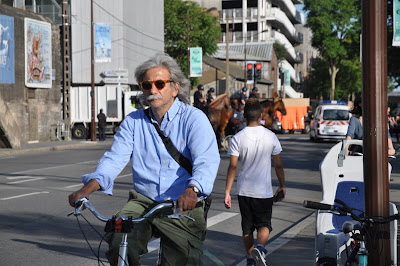 It seems to me that even holding the Velo City14 conference in Adelaide left us with no legacy whatsoever to use in Sydney, and no mettle to stand up for what rightfully ought to be ours and our responsibility to our city and the planet.

Most nations use these conferences as opportunities to encourage citizens to use bicycles but ... oh I know this particular bit of the post is very subjective ... but seriously all I got out of that Velo City14 was yet another bicycle ticket followed up by a court telephone mention in April to be followed up with a pre-trial in Adelaide itself this coming July.

Where was the standard Velo City recognition that bicycles are tomorrow's future and that they provide a solution via conviviality and collegiality and creativity with the necessary little touches of madness so necessary for the essential quirkiness of life and joie de vivre? 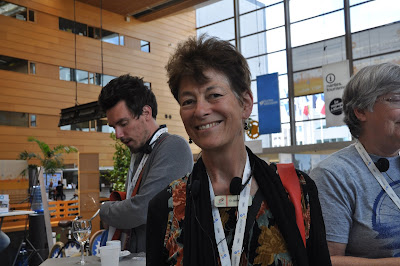 Also in Nantes, when asked about Duncan Gay and his plan to rip up the College Street cycleway in Sydney, Jackie Fristacky, former mayor and now councillor of Yarra Council said:

"It is a disaster, and it completely ignores the transformative effect of cycling on city liveability, their economies, and it would lead to a future of greater congestion and polluting vehicle emissions.

"Is that the future the minister wants for Sydney? 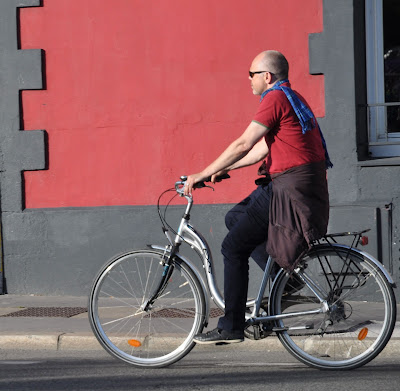 How did we miss out so badly on received cycling knowledge in Australia?

Why do we Down Under only think about facillitating the needs of motorised vehicles in our cities?

Why are we so wedded to such pre-historic ideas?

Why aren't we realising that so much of our city transport and delivery needs could be done by cargo-bikes?

Investments in alternative transport and tourism are cheap but the benefits are immense.

Why aren't we availing ourselves of these opportunities?

Most of the world already realises that bike tourism can enlarge the peak business seasons - just look at the various international ski resorts which very efficiently are re-badging themselves to include bike fun and snow fun for all year round opportunities.

Did you know that bicycle tourists spend more than car tourists? (35 euros to 10 euros!) ... I learnt that this week!

What is wrong with us? 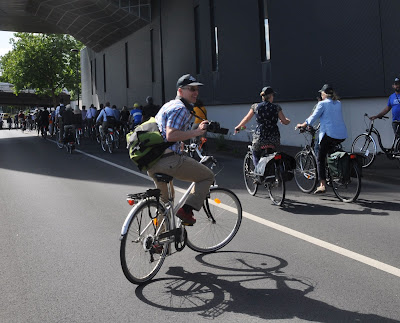 When asked about what we should do regarding our Sydney specific disaster involving the Roads Minister and his fossil-fuel driven plan to rip up College Street Cycleway, Carlton Reid, the British author and historian, said:

"There's got to be some radical chaining-yourself-to-railings type of activism. There is no point pussy-footing around, and whatever you do it should be media friendly.

"Sounds to me like it is going to happen so you need to show that you care - don't let it go without putting up a fight.

"Your actions need to have some resonance down the line to demonstrate that your cycleways matter. Just think about it, this could not happen in the Netherlands where there is great respect for cycling.

"Destroying your College Street cycleway will put you back in terms of cycling by at least two decades." 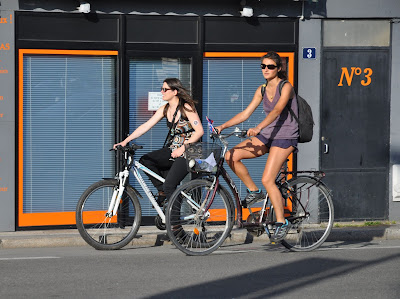 So what are we going to do with this 'Duncan' of ours?

How did we end up with such a troglodyte? 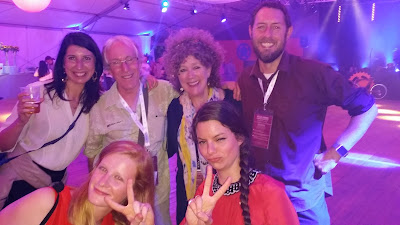 I had the good fortune via twitter (thanks, Katya!) to meet up with Claire Prospert (left, back row) in person at Velo City15, co founder of Britain's Newcastle Cycling Campaign, who with Katya Leyendecker kickstarted an important 'conversation' in Newcastle to make cycling safe and to involve more people.

So together they set up their campaign, talked to the decision-makers, and within four years had politicians on board, a very supportive mayor plus £15 million for the next three years and a design-process in the making.

When asked for her thoughts with regards to our recalcitrant Roads Minister, she said:

"It needs to be very bold and not just a statement.

"You need all sorts of people involved, not just your usuals but others too. You need to find others like children and the elderly ... and get them on board! 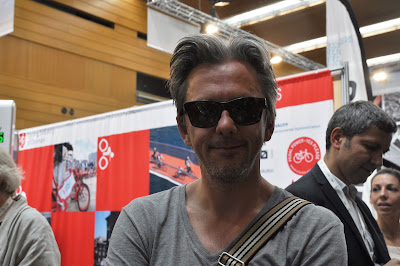 As for Copehagenize's Mikael Colville Andersen, and his thoughts on our Sydney predicament, he said:

"Paint in the night, and keep on putting it back." 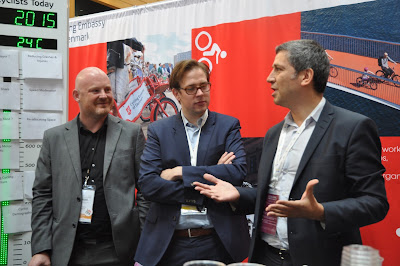 Sigh ... so we get Duncan, whilst Copenhagen, Gronnigen and Paris get these three who 'battled' it out at the Velo City15's Cycling Embassy of Denmark, for the prize of best cycling city in three years time.

This good-natured 'Battle of the Mayors' bubbled with plenty of ideas and champagne and good humour but made me yet again want to weep into my lunchtime aperatif ... 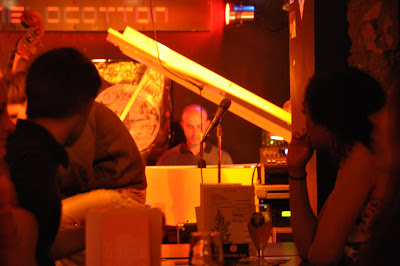 ... and my digestif later on that night!

But life is too short for such subscription to defeatism ...

... so when I get back to Oz I'll be finding myself some railings and a can of paint along with some grannies and some kiddies ... and, Duncan, we'll be taking you on

En garde, Monsieur Gay, on arrive!
Share |
Posted by Freedom Cyclist at 3:25 AM