Could anyone get luckier?

I've just had a weekend in Edinburgh attending the Edinburgh Festival of Cycling, which basically is up there with all my christmases coming at once! 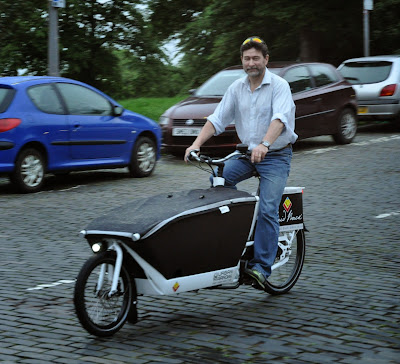 Festival organiser Kim Harding asked me a while back whether I'd be in the UK this June, and as luck would have it, I was winging my way over to see family et al.

I jumped at his invitation and at the chance to be part of a panel for the festival's first ever women's cycling forum and to enjoy some of the other festival bits and bobs that were happening whilst I was there - funtimes! 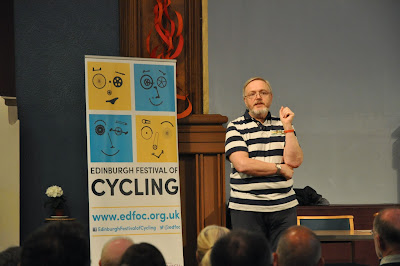 So last Friday 13 June, I beetled down to the Augustine United Church to hear the inspirational Chris Oliver, aka the Cycling Surgeon (Edinburgh-based consultant orthopod).

It was amazing to hear tales of morbid obesity and not being able to climb a flight of stairs let alone ride a bike, followed by dramatic weight loss and weight loss surgery culminating in cycling across the United States last year.

His tale was a cautionary one in terms of life balance and the all-too-easy trap of forgetting that life is not a rehearsal - and the Q&A afternwards reiterated the need to live our dreams in our lifetimes.

Definitely a salutary reminder to eschew chairs and discover bikes! 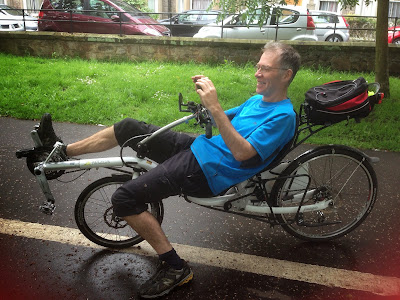 Naturally following that I needed a bike in this city where 'hardly-anybody-owns-a-car'! - and so who better than the fabulous Dave Gardiner from Laid Back Bikes ... 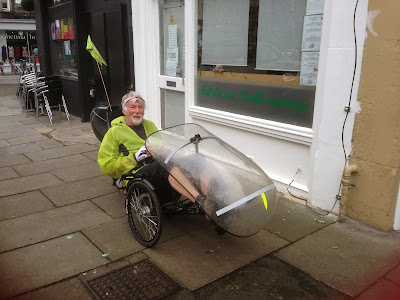 ... nor this one above either! 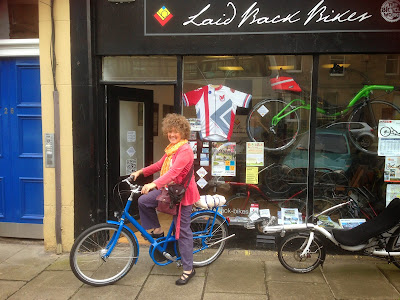 A beautiful paper bike in British racing blue (matching the door-next-door), all made and specially painted in Scotland. Brilliant bike, loved it - so cruisy, with 8 gears, and perfect for travelling all over this lovely city ... 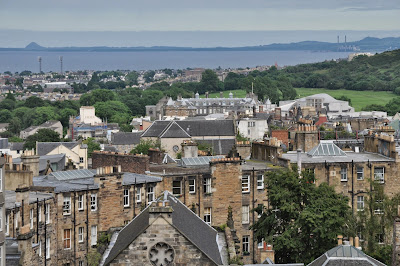 ... meaning I didn't have to get off to push my bike up any of the Edinburgh hills!

... oh and yes it's impressive that cyclists do!! 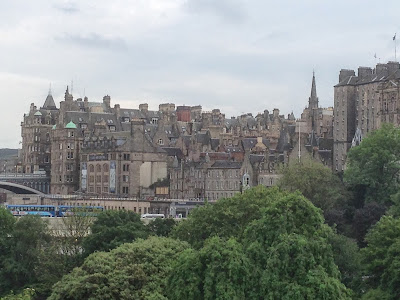 Drum brakes, dynamos - I was set to do Edinburgh formally ... so come 11:00am on Saturday 14 June, I bounced over the Edinburgh cobblestones to 'rendez-vous' under North Bridge ... 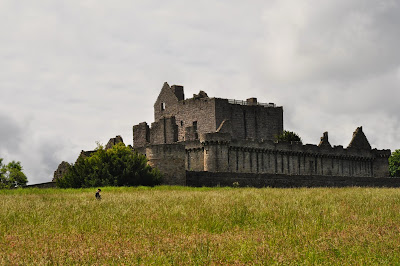 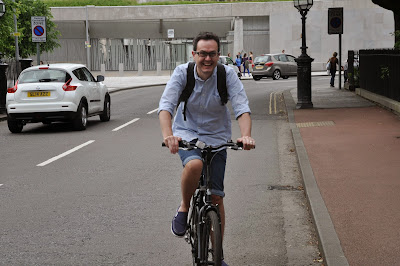 Somewhat surprisingly apart from me ... and this guy, 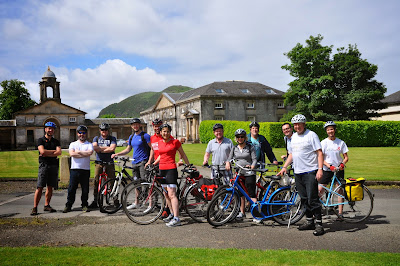 ... the other eleven, including the tour leader, were ensconced in helmets notwithstanding that there's no helmet law in Scotland (and/or Britain!).

The insidiousness of helmet-promotion dictating a quasi-requirement to wear one when there is no actual law is just too too weird! 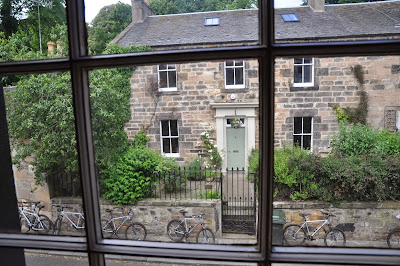 Hmmmn anyway, beautiful ride with the best of weather and the best of pub-lunch stops at the Sheep Heid in Duddingston. 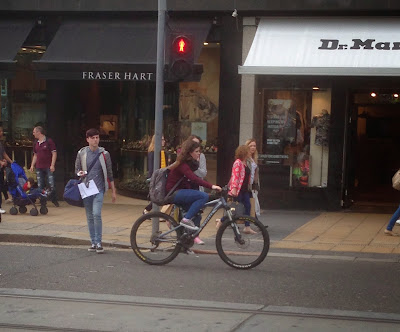 Reassuringly there were plenty of Edinburgh cyclists who didn't weigh themselves down with unnecessary polystyrene ... 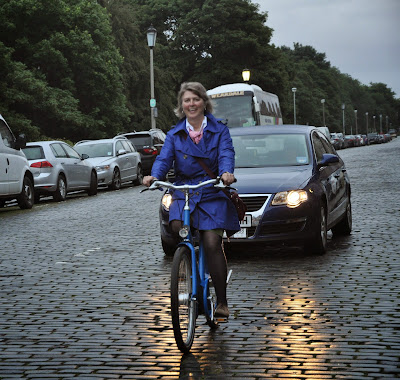 ... and it was an absolute delight meeting Sally Guyer from the Cambridge Raincoat Company (also on the panel at the Women's forum which was a energetic event with a very bubbly vibe) ... 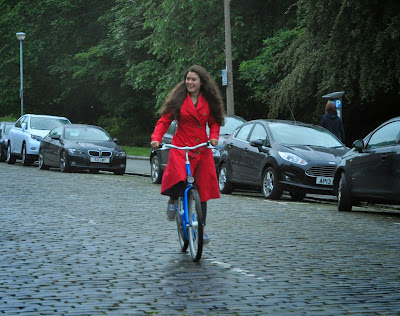 ... and her daughter both of whom as you can see looked stunning in Cambridge Raincoat Company raincoats (future wish-list item for me!). 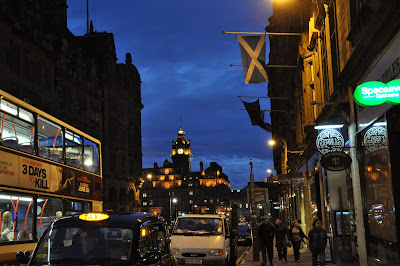 And this being summer in the northern hemisphere, Edinburgh was still dabbling with daylight at 11pm!