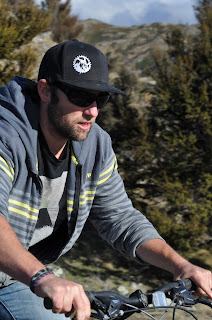 Despite the endless Australian studies commonly cited as evidence for the efficacy of bicycle helmets, it seems to me that benefits have only ever be found because low quality studies were included in the analysis.

Contrary to popular opinion, there is no 'class one' evidence to support the safety claims made about bicycle helmets & bicycle helmet laws because it's impossible to conduct randomised controlled trials (RCTs) due to ethical concerns. So this leaves the laws in a lightweight unsubstantiated position, further exposed to endless international criticism from the global scientific & economic community. If helmet promoters are going to make the claims that their products are whizz-bang-uber-safe-safety-devices then they need to make sure that their claims are made with accurate justification as opposed to fervent belief - to date they have been unable to do so.

What we actually need in NSW is...less regulation...so what that means is, we need a government prepared to put a broom through the 'Regulation Cupboard' in order to chuck out all the irrelevant embarrassing rubbish that's just cluttering up our 21st Century needs.

Hmmmn Regulation 256 springs to mind for the junk heap - poorly conceived, poorly implemented and OMG so outdated - also takes up a lot of 'road-space', 'law&order-space' and 'research-grant-space' in that 'state cupboard' of ours!

I'm sick of my taxes being thrown at a bunch of boffins to fund their endless quest to prove something that they've never been able to prove - let's just throw out the bath water, hang onto the baby and get back on our bikes instead...

...22 years is a lot of time trying to convince ourselves that helmet laws are great - they're not, period.